Spring has Sprung! (just not for us yet)

Well...it's been a rather strange year of weather for us here on the CA Central Coast so far this year. Colder and windier than I can remember (been here 19 years now). This last week we've had howling 30+ mph winds, but this is when we get them every year...spring. But All of Feb and March up to now have had that kind of winds nearly every day. Feb is usually a month when I really start getting big bike rides in....not this year.

Anyway, at least we got the time change in the right direction....that helps some. But hey....that's life...suck it up buttercup (me). It IS racing season....not that I've had a chance to watch any...but at least it's going on. Tho I did see that there is real risk as France is having Covid resurgence problems right now and upcoming races are in jeopardy. And we are still below average temps nearly every day...usually we would be around 60 this time of year....we've had a LOT of days in the low 50's this last 2 months. And mornings are hovering near freezing (that is normal for a month or so every year...usually in Feb).

But hey....it is officially spring now...and we have March Madness once again! Just like cycling, I haven't seen any games...but I do peek at the brackets and LOVE the underdogs knocking off big schools....how about Oral Roberts?? A #15 seed taking out a #2 and a #5, earning a trip to the Sweet 16! (Sorry Rae...OSU was that #2). I think it's cool that they are even having the tourney....and so far only 1 team has dropped out due to Covid (VCU).

And...hopefully the Tour goes off as scheduled this year....and after that, SUMMER OLYMPICS!

I'm off to Sunnyvale on Sunday for a week...testing a new system in a thermal chamber (we cook it at 120F for 8 hours, make sure everything still works all thru the test). I should be home by Friday. And oddly enough, it looks like Spring will finally hit here NEXT WEEK (the week I'm gone). Jeez...mother nature is just slapping me in the face once again! It's forecast to be 70's and maybe even low 80's next week here. Well, I'm bringing my road bike up to Sunnyvale and will get in a ride tomorrow (Sunday) after I arrive (dump my stuff at the hotel and go out into the redwoods for a few hours)...then I don't know if I will have any opportunity to ride again until Friday (check-out day). If that is the case I will go out early and sneak in a few hours of riding before checking out of the hotel and driving home. There's just no more awesome riding to be done than in redwoods...they are truly magical creations!

OK...it's now Saturday morning and I have a ton of stuff to do today before I drive north tomorrow. Have a great day/week/month, enjoy whatever racing you can get (TV/online) and stay safe out there!

Tho in retrospect (as I sit here and ponder)...I have to admit on this eve of newness that I'm very afraid of what MIGHT happen tomorrow. I certainly didn't foresee the happenings of that horrible day a few weeks ago, when our country's actual government was directly attacked for the first time in history. Watching those videos was sickening...I felt much like I did back on 9/11 watching the towers burn (and then collapse): disbelief, sadness, fear, and anger. Lots of anger. How DARE they!

OK...I will leave this one wide open, like our future. Hopefully the Asylum will get back to Inane and not Insane, like it feels things have been for some time now. 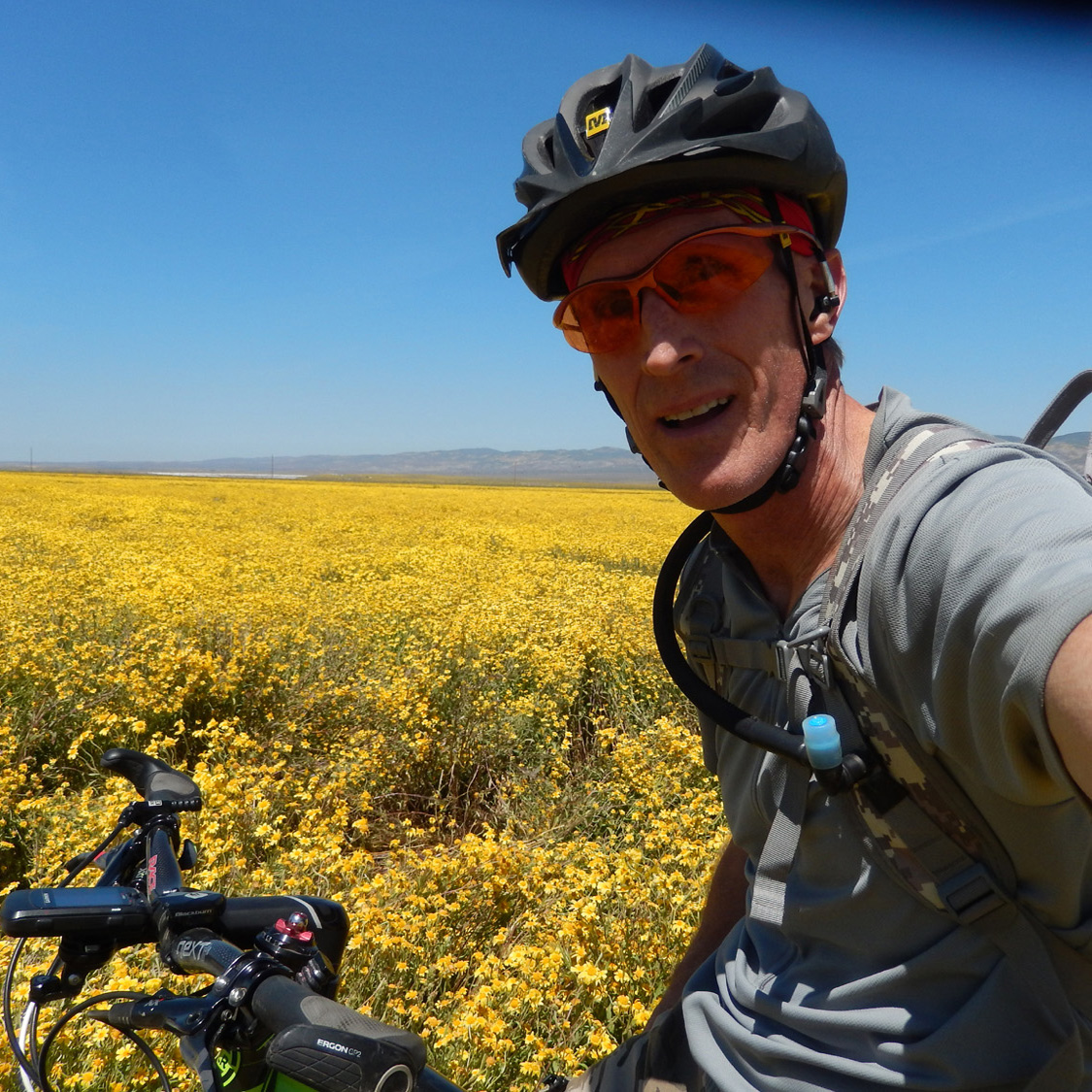 Spring in the Carrizo Plains CA

Matt
Santa Maria, CA, United States
I'm a retired Navy electronics guy who did my entire military career on shore. After I retired I went to sea on surveillance ships as a civilian Electronics Technician for the next 7 years. My wife Jeannie and I finally ended up in Santa Maria California in 2002, where I work on Vandenberg Air Force Base for Lockheed Martin. We brought one of our lovely fur-babies with us when we moved from Hawaii, and have adopted the other two here from the local Humane Society. When I'm not working or hanging out with Jeannie and the 'kids', I like to ride bikes. A LOT. I also enjoy backpacking, hiking, and pretty much anything that gets me outside. And I also like taking pictures, some of which you'll see here from time to time.